Enormous manmade caves… Unexplainable structures… And underwater discoveries that challenge everything we know about the past…Is it possible that an advanced civilization inhabited Earth thousands of years ago? And if so, were they human, or something out of this world? Modern archaeologists are continuously unearthing artifacts and sites that defy the conventional timeline of human history. Throughout the world we find megalithic stone monuments that are attributed to mysterious ancestors, strange humanoid figures that date to pre-historic times, and evidence of ancient underground shelters hewn out of solid rock. Could it be that a sophisticated culture existed on here Earth–thousands and even tens of thousands of years earlier than we believe? Could the stories of a time when gods and otherworldly beings inhabited the planet be more than just mythology? 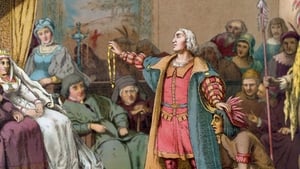 XIII The Conspiracy Day Of The Black Sun