All over the world there are megalithic stone structures whose construction baffle stonecutters, scientists and archeologists. Is it possible that ancient humans managed to move and cut these gigantic rocks with the help of alien technology? From the 3,000 megalithic stones in the French village of Carnac to the precision-cut blocks at Puma Punku in Peru to the 12,000 year-old circular structures of Gobekli Tepe, carved multi-ton megaliths are found throughout ancient cultures. Yet the mystery of how the stones were cut and moved to build these formations remains. One possible answer may be found at Coral Castle, Florida, where in the 1930s an anti-gravity device was allegedly used to move 30-ton coral blocks to create the giant sculpted gardens. Massive stone ruins mark what we believe to be ancient burial sites, temples and astronomical observatories–but how these megaliths were built cannot be explained. 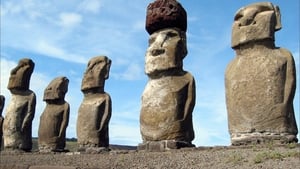