The duel between Kirito and Heathcliff is held at an arena where a large crowd has gathered. Asuna warns Kirito to be careful about fighting Heathcliff as he has an unique skill called Divine Blade which gives him maximum strength and defense. Heathcliff at first is able to overpower Kirito but the tides turn when Kirito forces Heathcliff on the defensive. Just as Kirito is about to deal the winning strike, Heathcliff mysteriously manages to dodge it and defeats Kirito. Now a member of the Knights of Blood, Kirito is asked by Asuna why he never join guilds and he reveals what happened to his old guild. Asuna comforts Kirito and tells him she will protect him. Later, Kirito is asked by fellow member Godfrey to follow him and a seemingly remorseful Kuradeel to the 55th floor dungeons for a skill assessment. As they take a lunch break, Kirito notices too late that the water he and Godfrey drank contains a paralysis effect. Kuradeel reveals he is a member of the Laughing Coffins and how he plans to kill both Godfrey and Kirito while making it look like they were killed in an ambush. After he finishes off Godfrey, Kuradeel attempts to kill Kirito but is saved from certain death by the arrival of Asuna who tracked them on her map. Asuna quickly decimates Kuradeel’s health until critical stages. Kuradeel begs Asuna for forgiveness which is a ruse. When Kuradeel’s is about to attack Asuna, Kirito jumps in between them, blocking the attack with his arm before killing him. Asuna feels guilty for what happened but Kirito calms her by kissing her, telling her how much he cares about her and wants to protect her. They agree to a take break from adventuring and stay at her home for the night. Later, as he sits next to Asuna at her bed, Kirito tells of a place they can be alone together and proposes to her, which she happily accepts. 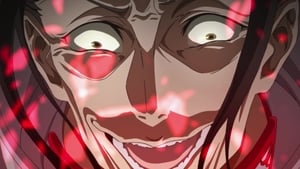 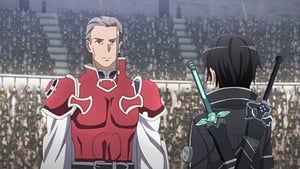