Four months have past with more powerful players and guilds clearing the game’s floors. After saving a guild called the “Moonlit Black Cats”, a group of friends from the same school club, their leader Keita thanks Kirito and ask him to join their guild and teach the only female in their guild, Sachi, to fight better. Kirito agrees while hiding the fact he is at least Level 40, twice higher than the others as they slowly and safely level up at low-level floors that have been cleared. Kirito bonds with his new friends, especially Sachi, who admits to Kirito she’s afraid to die which he assures her he will protect her and they will be free one day. But on June 12, 2023, as Keita goes to buy a house for the guild, against their usual methods and Kirito’s advice, the Black Cats decide to earn some money by going to the upper floors where they set off a trap, locking them in a room with higher level Mobs. Kirito desperately tries to save his friends but they are killed one by one until Sachi is the last to fall. Blaming himself over his friends death, including Keita, who committed suicide upon learning what happen, Kirito goes on a suicidal quest upon learning a rumor there is a way to revive the dead. On December 24, 2023, Argo the informant reveals to Kirito the location of a special boss named Nicholas the Renegade who has an item that can revive the dead. As Kirito heads there, he is followed by Klein and his guild, who fears for his safety. They are soon surrounded by the Holy Dragon Alliance guild who are also after the item. As Klein and his guild hold off the Holy Dragons, Kirito faces against Nicholas alone. But much to his distraught, Kirito discovers the item can only revive the dead within ten seconds after their deaths. To Kirito’s surprise, he receives a recorded message from Sachi. Sent to him on Christmas Eve in the event of her death, Sachi tells Kirito not to blame himself over her death and that he should continue living to be free from the game. As she ends the message by humming “Rudolph the Red-Nosed Reindeer” before saying goodbye, Kirito sadly cries. 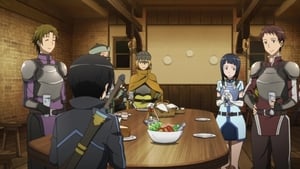 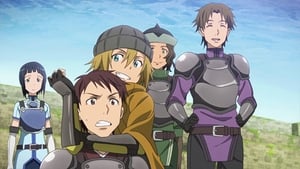