Only five years into his life sentence for killing his aunt and uncle, a crime committed when he discovered their abuse of his sister, John Mercer is released from prison.

He’s introduced to Lenny Douglas, a police officer “retired on grounds of ill health.” In fact, Lenny is an operative whose remit is to take down those members of the criminal and official establishment who think they are above the law.

His task is to bring order where the law has failed. Mercer’s freedom comes at a price. He must use the skills he gained serving in the Special Forces to remove untouchable criminal Jacob Gould who was responsible for a hit on a senior police officer.

Mercer is put in a south London council flat with Calum MacKenzie. Calum is an old cellmate and annoys the hell out of Mercer. He is an irrepressible bundle of deviant energy whose main interests are girls, drugs and ‘slamming tunes.’

But, to Lenny, Calum is an invaluable snitch and expert breaking-and-entering man. 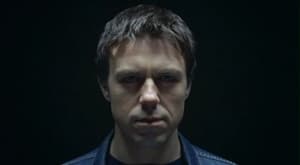