The Act of Treason

Anne has lost a son and with it her last chance at a lasting marriage with Henry. The King’s affections are shifting anyway: the Seymour family are awarded rooms at court and seem likely to replace the Boleyns as royal favourites. Several in the court begin to move against Anne who is accused of adultery. Arrests are made of suspected lovers and of Anne herself. All, including the Queen, are sentenced to death. 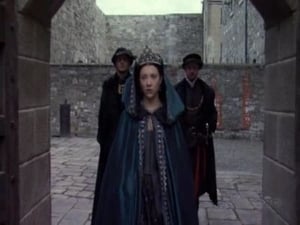