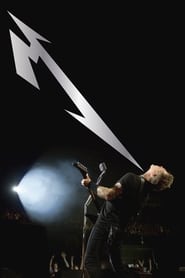 Recorded live at Colisée Pepsi in Quebec City, Quebec on 31 October – 1 November, 2009. Rock legends Metallica captured live in performance in Quebec City in autumn 2009. The two gigs in Quebec were part of the bands ‘World Magnetic Tour’ and saw them play a host of their most popular songs including ‘Master of Puppets’, ‘The Four Horsemen’ and ‘Enter Sandman’.

How the Beatles Changed the World

Jem and the Holograms